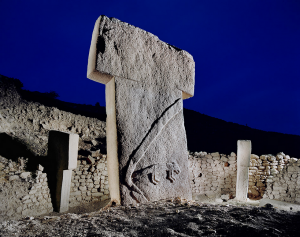 Prior to the discovery of this site—and it’s been around for a while, excavated since 1994—the theory was that domesticating plants and animals—in a word, agriculture—had led to the formation of settlements, and once settled, humans had the leisure and the organizational power to begin developing architecture. Göbekli Tepe is completely upending that theory. There is no evidence for 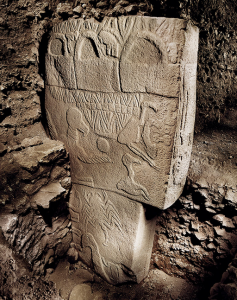 human settlement in the area prior to this building, and evidence for domestication of plants comes 500 to 1000 years after the building of these massive structures.