COP16 in Cancún ended recently with agreements signed by all but one of the 194 nations. The UN-sponsored negotiating process moves forward, but at what cost?

The facts about the Cancún accord:

On the bright side:

But there’s a not-so-bright side:

The U.S. consistently slowed progress in Cancun and negotiated down to the lowest common denominator before finally shifting course and allowing an agreement to go forward.

The market mechanisms that implicitly dominate both the spirit and the letter of the Cancun Agreements will neither avert climate change nor guarantee human rights, much less the Rights of Mother Earth.

The sidelining of rights-of-nature language at Cancún plus the implementing of market-based solutions is alienating indigenous people from both rich and poor nations. As Patrick Bond of Global Research reported about Cancún: “The distance between negotiators and the masses of people and the planet grew larger not smaller over the last two weeks.”

But for now, the UN process rolls on, albeit at a snail’s pace. Will it be effective enough to make a difference? Only time will tell.

But time is the one thing we do not have. This T-shirt worn by young people at Cancún says it all. It was spoken by Christina Ora, a youth delegate a year ago to COP15 from the Solomon Islands: 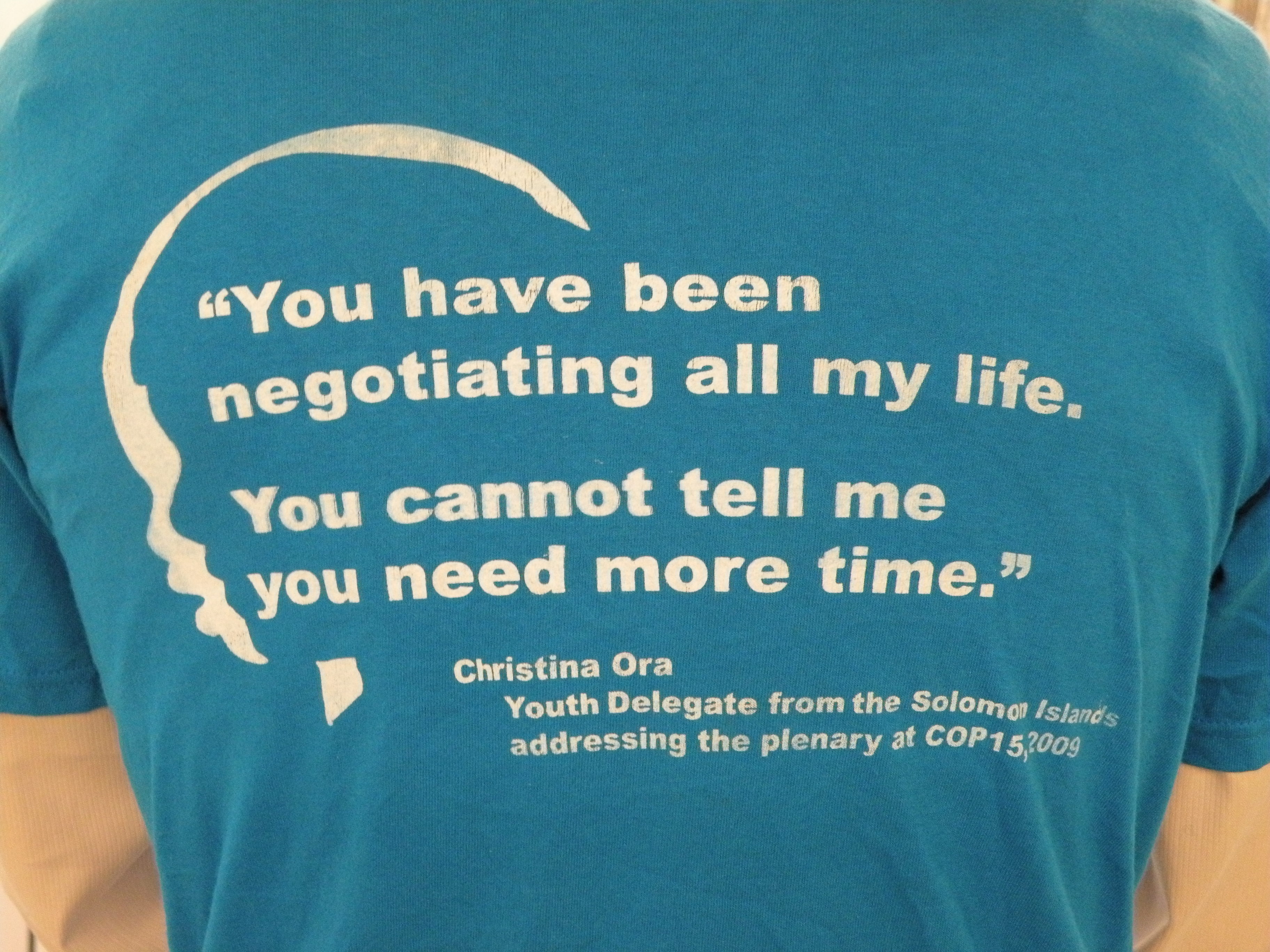