This week I was lucky enough to catch a screening of a new one-hour documentary called The Nature of Cities, made by local Boulder filmmaker Chuck Davis along with urban planning professor Timothy Beatley of the University of Virginia.

The film spotlights oases of nature in urban areas around the world, including San Diego, Amsterdam, and Stockholm. There are vertical gardens in some cities, like this work by Patrick Blanc in Paris: 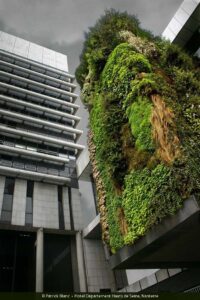 The film follows children exploring some of San Diego’s many canyons, cataloging the native plants and insects in these crevices that until recently were considered off limits and dangerous for children. Now residents are making footpaths and recreating below the rim of the urban surface, exploring the wonders of nature literally in their own backyards.

In other cities we saw bike paths that link nature-friendly locations or housing developments integrated with waterways and gardens. I learned the difference between “sustainable design,” which may be energy-efficient but at the same time boring or nature-deficient design, and “biophilic design,” which incorporates love of nature into the buildings themselves. Such a simple—if profound—change to make in our mind-set about architecture! Some wonderful commentary is provided by Richard Louv (Last Child in the Woods) and Stephen Kellert (Biophilic Design).

We have kind of a bias in this country that if you want nature, you can’t have a city—that these are polar opposites.

Part of our separation from nature is that we thought nature is something “over there,” and where we live is “not nature.”

But to be fully human, we need nature where we are, every day. Says Kellert,

Simple design modifications can be made to incorporate nature into human-intensive settings. Bridges in Austin, Texas, for example, are being designed to include the exact width of a gap that bats will use to nest and roost in. As a result, some bridges house colonies of a million or more bats, and tourists and residents gather by the droves to watch the bats leave the colony each evening at dusk. An audible gasp went up from the film-watching audience as we watched the evocative streams of millions of bats curling outward from one such structure, the Congress Avenue Bridge: 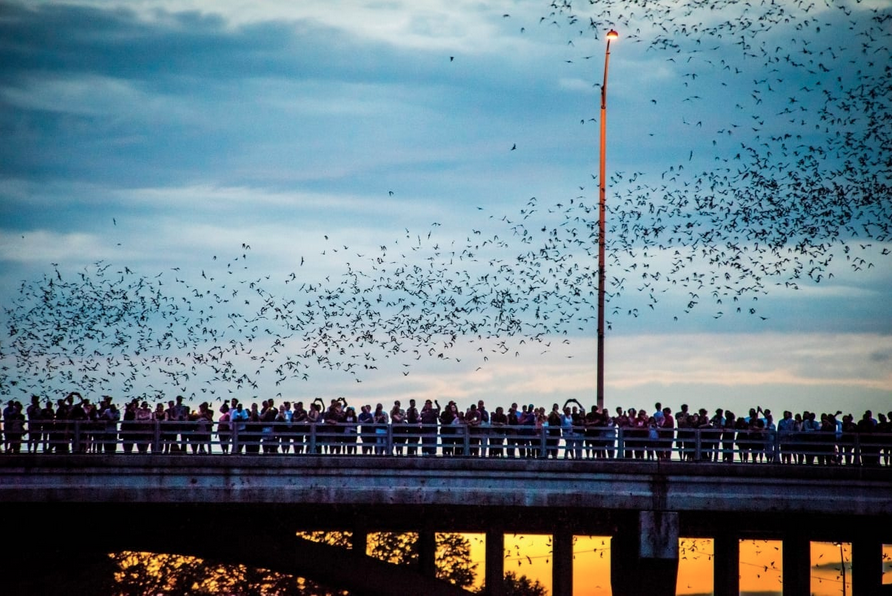 How can we immerse ourselves in nature every day instead of thinking we have to get in an SUV and drive fifty miles to find it? We ought to be immersed in it! It ought to be part of our lives!

For more information: View the movie trailer at the Films for the Earth website.